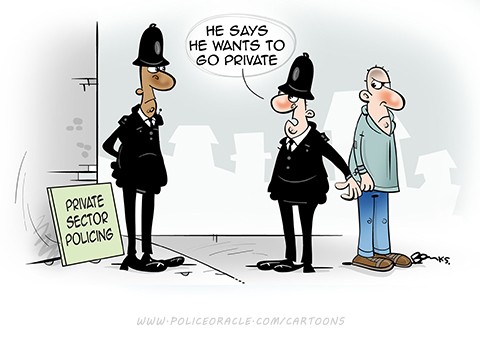 It’s a new concept in justice. The UK government has adopted draconian measures in the UK. House owners and tenants who are burgled face massive fines for negligence if they report the burglary. Rape victims face a sliding scale of fines according to how provocatively they are dressed, and anyone mugged for their ‘phone or wallet will receive a large fine if the offending item was visible in a public place…

Speaking for the government, David Cameron said “With these new measures we want to make it clear that those who are responsible for crime should pay the price. It is the responsibility of every citizen to ensure that they keep themselves and their property safe. We expect a significant drop in reported crime now these measures have been introduced. As a result, we expect to further reduce costs of policing, and the Home Office gaol budget will be halved over the term of the next government. We are aiming for a crime-free country”.

strange? Unlikely perhaps, that the victims of crime should be punished by the very state they have set up to protect them? Well no, this is actually what has happened in the weird world of finance since 2009. When bank employees defraud their depositors and employers, and are discovered, they keep their jobs. Those who must leave get huge pay-offs and pensions. When the names and emails of those responsible for illegally fixing LIBOR rates, or deliberately defrauding customers of their money, are sent to the police, they do nothing about it. However the financial regulators slap enormous fines on the banks that have been defrauded, compounding the losses that shareholders and depositors have faced. In some cases, the banks are so bankrupt that the government has taken them over (Nat West, RBS, etc…), and it is therefore fining itself and the taxpayers who now own the banks. Crazy, but true!

The government then compounds the problem by buying up all the junk the banks continue to produce, and even extended this to buying up junk bonds issued by other states in the EU. This is called ‘quantitative easing’. It eases the money out of taxpayers’ pockets, and into the pockets of the fraudulent bankers who handle these sweetheart deals for a %age of the money. No wonder we have ever higher taxes!